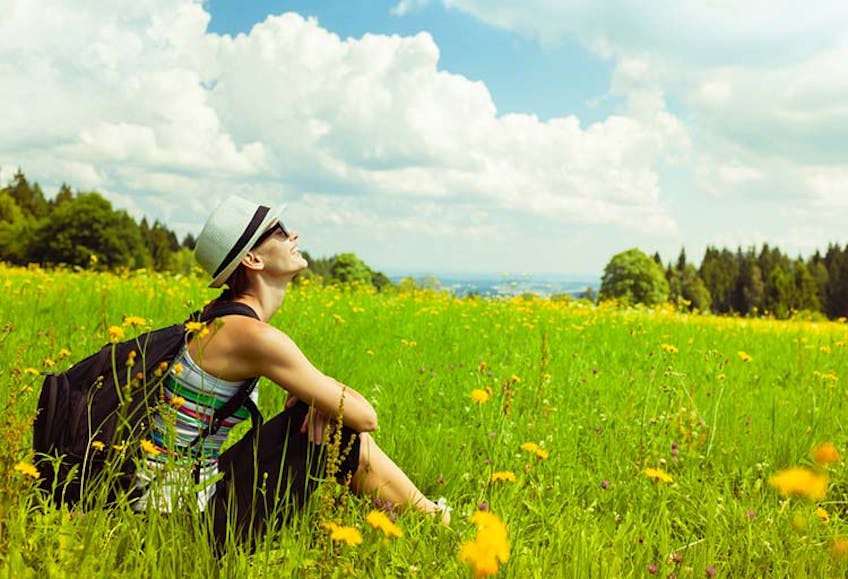 Get prepped for hay fever season with Neutrient Total C

According to the Met Office there are three main pollen seasons so if your hay fever falls on roughly the same month(s) each year then you can easily gauge which type of pollen your body is reacting to.

Histamine is stored in highly specialized mast cells that are found in the mucosal tissues of the airways. Mast cells guard against invading pathogens and when activated release large quantities of histamine to alert the body that a potentially hazardous substance is finding its way into the body. Hay fever is a standard allergic reaction that takes place when levels of pollen are detected by mast cells that line the airways.

Vitamin C has a great reputation for offering protection during the hay fever season and this is likely due to its contribution to the normal function of the immune system and its ability to protect cells from oxidative stress. It is vitamin C’s antioxidant properties that help to protect the immune cells against free radicals that are generated during an allergic inflammatory response.

Although histamine is a critical messenger molecule in times of healing, excess histamine may have a negative impact on immune balance and may aggravate conditions such as hay fever.

Itchy eyes, sore throat, streaming nose and bouts of sneezing are all signs that an inflammatory response is underway, indicating that your hay fever season may have begun – it’s histamine that triggers these allergic reactions to pollen.
However, some nutrients such as vitamin B6 and vitamin C act as enzymatic cofactors to a substance called diamine oxidase (DAO), which helps break down excess histamine, and as such may offer valuable nutritional support alongside an anti-histamine diet during your hay fever season.

Round the clock nutrition

When it comes to selecting a good vitamin C product for your hay fever toolbox make sure you choose a form of vitamin C which can be easily taken across the day. Neutrient Total C is a combination of buffered mineral ascorbates with a fat-soluble form of vitamin C called ascorbyl palmitate. These are gentle on the stomach and don’t tend to trigger the typical bowel flush associated with taking high doses of ascorbic acid (standard vitamin C).

It’s virtually impossible to filter pollen out of the air you breathe but it’s not impossible to reduce the amount of pollen entering your airways.
There are plenty of beeswax natural barrier creams that can be used within the nostrils that capture pollen entering the nose preventing it from coming into contact with your cells. Many sufferers find this a good way of reducing their symptoms.

An age-old tradition for combating hay fever is to include locally produced honey into your diet. This helps your body build a natural defence to the pollens that you are exposed to within your local area.

Wine, alcohol and beer all worsen the symptoms of hay fever and this is because all of these alcoholic drinks also contain histamine the chemical that naturally sets off the allergic reaction to pollen.

According to research published in the European Journal of Clinical Nutrition a diet rich in omega-3 fats decreases the risk of hay fever. This makes it important for you to include oily fish, walnuts, flax seeds and chia seeds into your daily diet for a hay fever season omega-3 boost!

It is also worth remembering that stress may heighten the body’s sensitivity, meaning that lower levels of pollen that would normally be tolerated suddenly start to trigger symptoms. Other air pollutants such as traffic fumes can also irritate the nasal passages making it easier for hay fever to take a grip.

Foods such as dairy products encourage the body to produce more mucus, which could enhance the severity of your allergic reaction.

Get prepared for this hay fever season so you can really start to manage your symptoms and take back control of your summer!

4 Tips For A Healthy Summer Prep

Now that summer is just around the corner, we thought we'd share some tips on how to transition your skin, body and lifestyle to the new season. Much like we tend to switch our wardrobes depending on the weather, you should re-evaluate your routine every few months – and there's nothing like a new season to do just that.

Here's how to look after yourself during this time of year.